If the film is used for receiving, the light sensitivity is greater, and the plane projection of the defect perpendicular to the ray direction can be reflected on the film. If use other receivers also can use meters to reflect the projection of the defect perpendicular to the ray direction and the amount of ray transmission. It can be seen that, in general, it is not easy to find cracks in radiographic inspection, or in other words, radiographic inspection is not sensitive to cracks. Therefore, radiographic testing is most sensitive to volumetric defects such as pores, slag inclusions, and incomplete penetration. That is, radiographic flaw detection is suitable for volume-type flaw detection, but not suitable for area-type flaw detection.

The frequency range of sound waves that people’s ears can directly receive is usually 20 Hz to 20 kHz, that is, sound (sound) frequency. The frequency lower than 20 Hz is called infrasound, and the frequency higher than 20 kHz is called ultrasonic. Several megahertz ultrasonics are commonly used in industry for flaw detection. Ultrasonic frequency is high, the propagation is strong, it is easy to propagate in solid, and it is easy to reflect when it encounters the interface formed by two different media, so it can be used for flaw detection. Usually the ultrasonic probe is in good contact with the surface of the workpiece to be inspected. The probe can effectively transmit ultrasonic waves to the workpiece, and can receive the ultrasonic waves reflected from the (defect) interface, and at the same time convert it into an electrical signal, and then transmit it to the instrument for processing. According to the speed of ultrasonic propagation in the medium (often called the speed of sound) and the time of propagation, the location of the defect can be known. When the defect is larger, the reflecting surface is larger, and the reflected energy is also greater. Therefore, the size of each defect (equivalent) can be found based on the reflected energy. Commonly used flaw detection waveforms include longitudinal wave, transverse wave, surface wave, etc. The former two are suitable for detecting internal defects, and the latter is suitable for detecting surface defects, but requires high surface conditions. 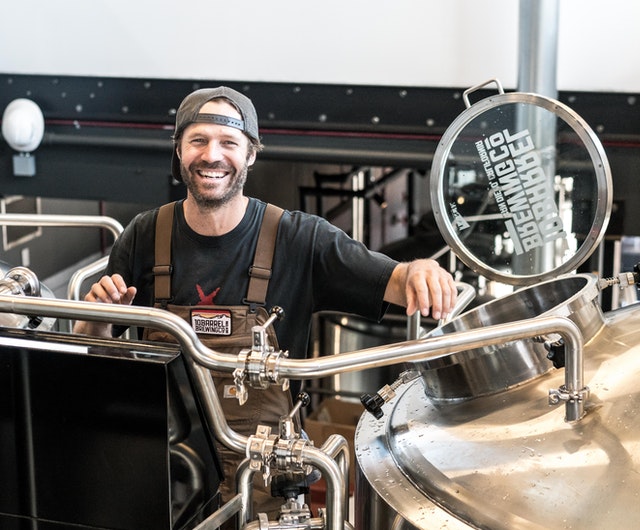 Magnetic particle inspection is a magnetic inspection method based on the principle of magnetic flux leakage. When the lines of magnetic force pass through the ferromagnetic material and its products, a leakage field will be generated at the (magnetic) discontinuity, forming a magnetic pole. At this time, dry magnetic powder or magnetic suspension is sprinkled, and the magnetic poles will adsorb the magnetic powder, producing obvious magnetic marks that can be directly observed with the naked eye. Therefore, the defects of ferromagnetic materials and products can be displayed by means of the magnetic marks. Magnetic particle inspection can detect tiny defects that are exposed on the surface and cannot be directly observed with the naked eye or with the aid of a magnifying glass. It can also detect near-surface defects that are not exposed but are buried a few millimeters below the surface. Although this method can also detect volumetric defects such as pores, inclusions, and incomplete penetration, it is more sensitive to area defects and is more suitable for inspections due to quenching, rolling, forging, casting, welding, electroplating, grinding, and fatigue etc. caused by cracks.

Eddy current testing is that the alternating magnetic field generated by the alternating current acts on the conductive material to be tested to induce eddy currents. If there is a defect in the material, it will interfere with the generated eddy current, that is, form an interference signal. If the interference signal is detected by the eddy current flaw detector, the defect status can be known. There are many factors that affect eddy currents, that is, there are abundant signals in eddy currents. These signals are related to many factors of materials. How to separate useful signals from many signals is a difficult problem for eddy current researchers. Over the years, some progress has been made, and some problems can be solved under certain conditions, but it is still far from meeting the requirements of the site and needs to be vigorously developed.

Penetration testing is a method of testing using capillary phenomena. For parts with smooth and clean surfaces, use a colored (usually red) or fluorescent, highly permeable liquid to coat the surface of the parts to be explored. If there are micro-cracks on the surface that cannot be directly detected by the naked eye, the liquid will penetrate to its roots along the cracks because of the strong permeability. Then wash off the penetrating liquid on the surface, and then apply a display liquid with a larger contrast (often white). After being placed for a while, because the crack is very narrow, the capillary phenomenon is significant. The penetrating liquid that has penetrated into the crack will rise to the surface and spread, showing a thicker red line on the white substrate, thus showing that the crack is exposed on the surface The shape, therefore, is often called colored flaw detection. If the penetrating liquid is a fluorescent liquid, the liquid that rises to the surface from the capillary phenomenon will fluoresce under the irradiation of the ultraviolet lamp, which can better show the shape of the crack exposed on the surface, so the penetration at this time is often flaw detection is directly called fluorescence detection. This flaw detection method can also be used for metallic and non-metallic surface flaw detection. The liquid testing agent used has a strong smell and is often toxic.

In addition to the above five conventional methods, some new flaw detection methods such as infrared and acoustic emission have been introduced in recent years. DSS, as China top 10 eddy current testing equipment manufacturers, offers high-quality eddy current flaw detector and ultrasonic flaw detector machine. If you have any needs, please contact us.