(1) Non-destructive testing, no trace will be left on workpiece after testing, avoid crack may be destroyed while using the traditional test method.

(2) Shape of surface state of workpiece and wide adaptability, generally no special requirements for the surface roughness of the workpiece.

(3) Instrument adopts the principle of electromagnetic induction, which adopts the method of comparing the workpiece to be measured with the standard sample to indirectly detect the workpiece quality.

(6) Instrument can respectively count the product detected by each channel.

(7) Instrument has the function of historical record for time and status query of product detected before.

(8)  Separating machine controller dynamically displays the magnetic flux of workpiece with dot figure, the position of dot figure shows the corresponding test results in the computer.

(9) The main controlling instrument of separator has the setting function of upper and lower limits of the material and flaw detection, send corresponding blanking demand to blanking device in the region where dot figure cursor to be placed in.

(10) Instrument has the function of data analysis, which can conduct data analysis of workpiece has been tested and display in the form of curve wave.

(11) The operation of instrument is convenient and simple. Detection speed is fast, feeding and blanking time of dual-line in an hour without manual operation is 800-900 p/ h.

(13) It only needs to change matching probe for detection of different workpieces.

(14) Surface state, specification and dimension of workpiece to be measured should be consistent, and certain processing error is allowable but not exceed the related standards.

7.Overall dimension: can be customized according to the actual needs

A view of separation: 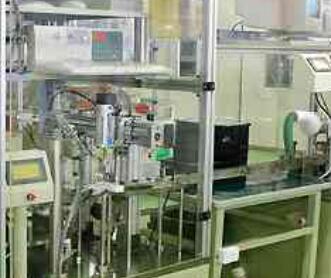 A view of separation: