This system is available for
1. This system is available for automatic hardness separation of iron casting, nodular cast iron, wear resisting cast iron and malleable cast iron (commonly known as malleable iron), hardness measurement of all kinds of iron casting after normalizing, annealing, quenching and tempering.
2. Hardness measurement and separation of any normalizing and annealing steel, such as all kinds of thread rolling parts, gear, etc.
3. Hardness separation of plumbing pipe fittings.

This system is available for

2. Hardness measurement and separation of any normalizing and annealing steel, such as all kinds of thread rolling parts, gear, etc.

Hardness separation is mainly based on the electromagnetic induction impedance plane analysis, separation probe is composed by AC primary coil and secondary coil, when placing the workpiece in the coil, system will induce eddy current in the workpiece according to the electromagnetic principle, the magnetic field generated from eddy current will make the secondary induction coil induced the changes of voltage, namely, the change of probe impedance. Through the analysis of the change, operator can learn the variation of a thermal physical property of the workpiece, such as hardness, size, material composition and so on.

1. Instrument has excitation frequency, phase adjustable, can adapt to hardness separation of all kinds of magnetic metal parts .

2. Impedance analysis can restrain the influence of other physical factors on the hardness measurement.

3. Using two detection coils, the stability of the system is improved.

4. Automatic counting can directly get the total number of nonconforming products.

7. Physical dimension: can be customized according to actual needs.

A view of separation test: 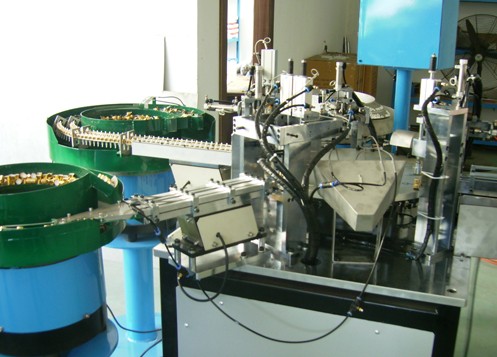 A view of separation test: 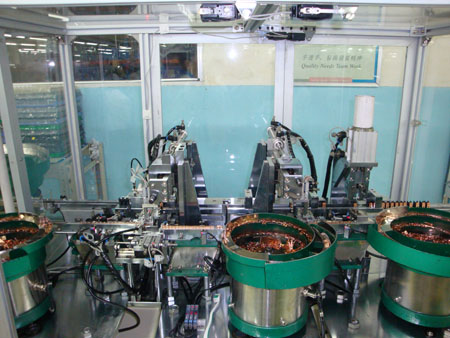